THE HOUSE OF KILLERS

It's just four weeks today THIS will drop into ebook readers!

THE HOUSE OF KILLERS is written under my real name Samantha Lee Howe andit is the first part of a new trilogy. Currently you can pre-order the ebook for only 99p but this won't stay at that price for ever so order now. A little heads up too for fans of this genre, Book 2: KILL OR DIE (Release date 29 May 2021) and Book 3: KILL A SPY (Release date 23 July) are also up for pre-order at 99p as well.

So be ahead and save yourselves some money too by pre-ordering all three now. 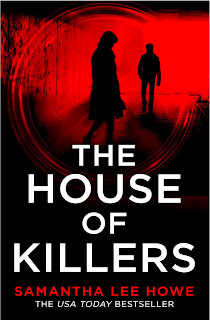