I have been struggling with my weight for some time now and have had to come to terms with the fact that no one is going to wave a magic wand to make it all better for me. It's something I have to face and deal with myself. 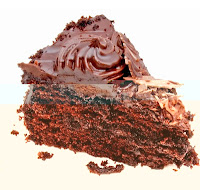 In order to shed the pounds I have been training 3 times a week, swimming 2 times, and walking whenever I can for the last 3 months. I have also been watching what I eat and had previously cut the worst things from my diet - like crisps - which I really like. Despite doing all this I've barely lost any weight.

On the plus side though I'm definitely toning up, my clothes are fitting better, my stomach is flatter and I feel thinner. Even so, us women are obsessed with poundage aren't we? And despite the obvious results I wasn't completely satisfied. And I'm not sure that many women would be because the media has brainwashed us to be obsessed with size 'zero' figures.

The high street stores don't help one little bit on this score. They have a lot to answer for. If I go to buy clothes I can be a different size in every shop. Matalan are the worst for this ... a size 14 in M&S would be an 18 or 20 there. When I was genuinely a size 8-10 I used to have to buy 12's in New Look. There doesn't seem to be a really universal size anymore and I'm no longer sure what size I actually am. In one store my bottom half will be a 10 another a 14. Believe me that kind of thing messes with your head.

Weight and size matter to women, even if you look okay in your clothes. We don't want to believe we are obese (and believe me the British Medical Board charts say that someone of my height and weight is obese ...), and I don't want to buy clothing that is labelled several sizes bigger than they should be. That certainly doesn't help anyone's ego or sense of worth. 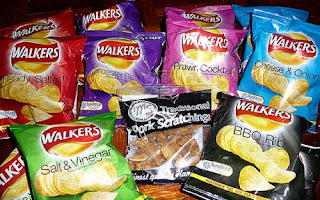 My quest for answers on the weight loss problem led me to my doctor. The weight gain was initially caused by a variety of things. Change in lifestyle and then serious health problems resulting in major surgery last year didn't help. All of this not withstanding, with my current good health and increasingly improving level of fitness even my doctor thought I should have lost a significant amount of weight by now. Blood tests ensued and I'm relieved that they have all come back fine (even my liver! Though that is very hard to believe!!!).

After taking dietary advice, I've been under the impression for some time that the problem might be that I just don't eat enough and that my metabolism is shutting down and storing the food. This is entirely possible because if your body goes into starvation mode it stores everything it can, making it even harder to lose weight. I've monitored it, tried to add things like fruit, but most of the time I struggle with this because I don't feel hungry. I was always brought up to believe that you don't eat if you aren't hungry too, so this goes against everything I've been conditioned to believe. Food should, in today's health terms, be consumed little and often. So basically 5 small meals a day is healthier than two.

Over the last three months I've forced down breakfast (mostly feeling nauseated), and tried to eat regularly to combat the state of my metabolism. It hasn't really worked though, and I'm beginning to understand why. I think I've been deluding myself all along.

Yesterday I was told about this app: My Fitness Pal which you can use on your IPhone, or on your computer. The clever little gadget actually scans bar codes on your food as well. It's an easy way of keeping a food diary and it helps you calculate how many calories you need to eat that day as well as in what combinations of carbs, fat, protein, sugars and so on.

I started using it yesterday and I've already dropped 2lbs although the jury is still out on that one - will have to see if those pounds stay off and I continue to lose more as I tend to fluctuate around the same weight by a pound or two anyway!

Even so, I think this new app may be useful in making me more aware of my food intake - or indeed lack of if that is the case. Maybe foods I thought were OK, just weren't, or maybe it was the portions. Having this gadget is also making me think about sizes of those portions as I don't want to go over my daily limit.

Maybe I have been cheating but just kidding myself that I hadn't.

So why will this new fangled gadget stop me from deluding myself again? Who's going to know if I eat something and then don't add it?

Well ... I will. If I cheat and don't add everything then I am just fooling myself and really what is the point of that?

The other thing I have discovered is that My Fitness Pal calculates how much you've burnt in your exercise and that gives you back more calories which means you possibly still could have your glass of wine (I've cut mine out completely for now though). I think knowing how much my hard work is burning is a real help and might just encourage me to work even harder!

But don't take everything it does as 100% accurate. I was advised that it isn't, but if it helps me gain a modicum of control over my food intake, makes me think twice about making unhealthy choices, then I think I'm going to be on a winner anyway.

Slight Change of plan due to double-booking. Arndale Centre Waterstones to be re-arranged shortly ...

I'm now very pleased to announce our activities for this weekend because we will be joining this fabulous line-up at The National Space Centre for BRITSCIFI Weekend!

A celebration of all things science fiction and British! From the amazing puppets that brought the mind of Gerry Anderson to life, through the years of hiding behind the sofa from the Daleks and on to a journey with the crew of Red Dwarf, British Science Fiction has a lot to shout about, so come along and join in the fun.

SO IF YOU'RE IN LEICESTER OR NOT TOO FAR AWAY WHY NOT COME AND JOIN US!
Posted by Sam Stone at 13:57 No comments:

This week I'll be at ... Waterstones Arndale Manchester

Sam Stone will be signing copies of her new book, Hateful Heart, Book 4 The Vampire Gene Series, at this very popular store. David J Howe will also be there with his new collection talespinning.