Sam Stone will be signing copies of her latest novel, JINX BOUND, at this popular book store in the heart of Lincoln.

I'll be in Gedling next Saturday to do my horror writing workshop for children. Start time 1pm-2.30pm. Bring paper and pens!

Copies of ZENA THE ZOMBIE will also be on sale. As will my latest novel JINX BOUND. Other titles will be available too.

So come and see me! 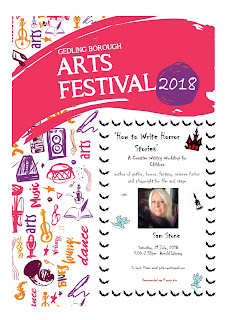 Pleased to say we'll be returning to Em-Con Nottingham this year!

Sam Stone and David J Howe join the line-up of guests and this ever popular event. Copies of all of their latest titles will be available to purchase at the event, including Sam's new title POSING FOR PICASSO, published by Wordfire Press, and the regular edition of  the Doctor Who spin-off THE DÆMONSOF DEVIL'S END novelisation.

For Further Information:  Em-Con Nottingham
Posted by Sam Stone at 08:37 No comments:

The Music of Words

When I was a child, about 8 years old, I was given extra reading classes at school. My teacher thought I couldn't read. The truth was, I didn't enjoy reading out loud. I wanted to keep the stories I was reading inside my head because when I did they lived. I'd invent dialogues in my imagination with characters, always with the right inflection that each of them had: their own soulful vocals would lend themselves to reveal their true nature.

I have always loved words - ever since I learnt to read. I wanted to absorb them. Feel them. Taste and smell them.  I wanted to hear them. Above all I wanted to hog them privately to myself - because that is the beauty of reading. It is a secret and personal joy. It is a lovely and amazing pastime. For a short time a story is yours and yours alone as you connect with it. This is why words are powerful, intimate, magical, poetic and incredibly musical.

When I'm working on a book or story I often think of music (my other passion). To me words are chords and notes. They are the beats that move a story in a certain rhythm. They flow with the energy of music and have their own melody. Writers, like musicians, can hear this flow and then they write the story that comes from their hearts. The story that just has to be told can then be shared.

Maybe you already understand what I mean about music in words ...?

We recognise the rhythm as poetry, poetic prose, a narrative voice: that is the skill of the writer. We label it as verbs, nouns, adjectives, similes and metaphors. It speaks in onomatopoeic tones, and personifies inanimate objects.

And what I feel about this is, that anyone can learn to write if they choose to, but not everyone can hear the music of words. Perhaps the tune is not always to their taste, or is discordant. Whatever it is, when the music is missing the rhythm just isn't there and can't be felt.

So when you are reading something new - perhaps if I'm lucky it will be one of my titles - look out for the music. It might be in the roll of the sea, the caw of a bird flying over a barren wasteland, or maybe it will be the cut-off cry of a victim silenced in the night. 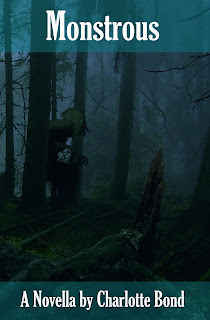 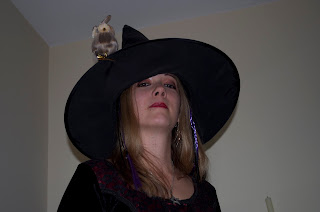 And Finally on The Daemons Tour ...

Join Damaris Hayman, Keith Barnfather and some of the authors of THE DÆMONSOF DEVIL'S END Novelisation and screenplay.

Hold onto your Christmas Vouchers

Some of the authors of this amazing Doctor Who Spin off, will be in store to sign and promote THE DÆMONSOF DEVIL'S END Novelisation. This is a ticketed event with a talk and Q & A.

For further information and to book please contact Waterstones Birmingham 0121 633 4353.