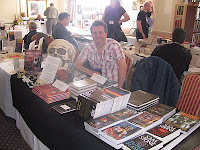 On the first day of the con was an event called ‘Pitch Black’ – this is where you get the opportunity to pitch your ideas to agents and publishers face to face. I ‘hummed’ and ‘ahhhed’ about attending until David threw a metaphorical glass of water over me and told me to get my ass in the room and speak to some people. Believe it or not I find this incredibly difficult. Agents and publishers scare the hell out of me and I’m always afraid I’m going to look a complete idiot or that they just won’t want to know about my ideas. Rejection is a very hard thing for anyone to take. 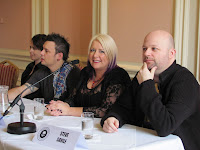 First up, I went to speak to Dorothy Lumley from the Dorian Literary Agency. I first wrote to Dorothy about 15 years ago when I completed a novel I was really proud of called The Brunette Murders – Dorothy sent me back a really lovely letter telling me I had a ‘lively writing style, which was very readable and very saleable’ but that the story wasn’t for her. It was a vampire story and I don’t think the market was so interested in vampires at the time. At WHC Dorothy and I had a conversation about the current market and she told me that she feels that right now they have never been hotter and will remain so for some time to come.

Next I spoke to Ian Drury from Sheil Land Associates, and by now it was over time and so I didn’t have any opportunity to waffle – which was good. I pitched a young adult idea to Ian and he asked me to email over the first chapter and the synopsis.

On Friday I had a terrific meeting with Top Editor, Jo Fletcher, from Gollancz. World Horror had offered opportunities to have critics done by Jo and as I’ve always admired her, I thought this would be a perfect opportunity to get real feedback from someone who is well respected in the industry. It might give me some insight into what the senior editors are looking for and how to achieve that illusive deal. Jo was phenomenal. She picked up on things that I hadn’t even noticed. And I went away from the experience feeling like I had learnt loads. What was really helpful was that if Jo didn’t like something I’d done she explained her reasoning behind it. Also, she explained to me why some things were good too. It was what I term ‘positive criticism’ – it all had a point to it and has been extremely useful since. 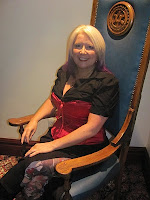 I also had an incredibly interesting conversation with John Berlyne, from the Zeno Agency I’m going to suggest you read his blog about his experience at WHC as the gist of what we talked about is there. And these are real pearls of wisdom so take it on board.

On Friday Morning I read the opening for Demon Dance in The Reading Cafe. This was surprisingly well attended for 10am. Later I heard that the general opinion of people attending WHC was that the Reading Cafe was really appreciated and that they felt the quality of readers was excellent. 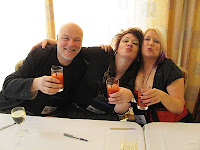 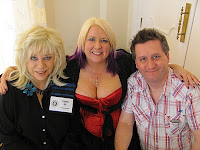 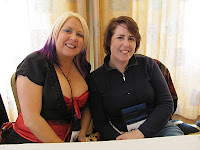 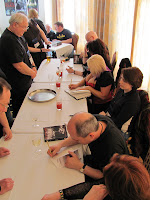 Saturday morning and it was the Telos Publishing Launch for Simon Clark’s Novella Humpty’s Bones and Vincent Chong’s Art Book Altered Visions. Great sales were made following a superb speech and introduction by David J Howe. Not surprising really because both books were beautifully produced by Telos. 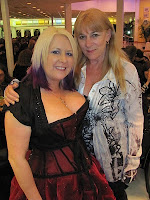 Winners are as follows:

Special Awards of Grand Master were given to Tanith Lee and James Herbert.

Congratulations to everyone and especially Tanith and James who deserve this accolade after a lifetime of great writing, which I know has been an inspiration to me and many thousands of other writers.
Posted by Sam Stone at 20:51 1 comment: